Nokia finally strikes with an Android phone which makes the excitement climb. Called the Nokia 8, this phone is different from all Nokia releases, and is a real powerhouse. 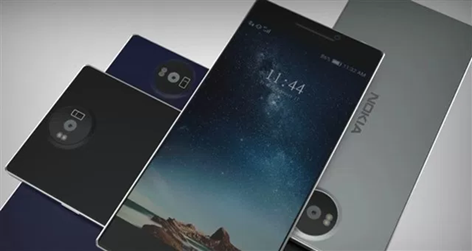 Consisting of a top-end Qualcomm Snapdragon 835 processor packed with 4GB RAM, this phone easily matches Samsung’s Galaxy S8. Planned to be released in September 2017, this phone has been tested and there’s almost nothing that it cannot handle.

This phone comes with a 5.3-inch display, and HD resolution of 2560×1440 pixels. It can be used even under bright sunlight, as its display is strong enough. There are two cameras on the back of this mobile phone. One of the cameras shoots only in colour while the other is restricted to black and white only. It’s just perfect if you like portraits which reflect the silent movies’ era. Both cameras come with 13-mega pixel resolutions, and shoot in 4K graphics. On the front of the phone, you will find another 13-megapixel camera. This camera is combined with the back cameras, and allow you to take single, split-screen images. You can as well live-stream the split-screen view instantly on social media platforms like Facebook or YouTube. It’s a killer feature for all those who love sharing their moments with their closed ones. The cameras are made by Zeiss, and Nokia is the first brand to make use of this.

In terms of connectivity, the Nokia 8, is made of 802.11 Wi-Fi, dual band and Hotspot. You will also find a 5.0 Bluetooth connection, which makes the phone a really good one. However, you do not need the best phone to enjoy the perks at Lucky Pants Bingo. At this best online bingo site, you will find the best games, both bingo and slots, which are playable on all types of devices like mobile phones, tablets or laptops. Thus, you only need to connect to the internet on any of these devices, to be able to enjoy multiple bingo rooms and magnificent slot games. You can register at UK’s top bingo site- Lucky Pants Bingo through www.luckypantsbingo.tv, to grab a great sign-up bonus.

The Nokia 8 is also the first smartphone to consist of the OZO Audio, which brings a unique experience to consumers. The handset has three microphones, which captures 360-degree sound when videos are playing. Plus, this phone has add-on binaural codecs which lets users enjoy high-fidelity playback.

The design of the phone as well is really elegant and smart, as it is made of a slick metal body. Despite being slash proof, the phone is not waterproof though. And this is the only con of the new phone as waterproofing is something which is set in all upcoming mobiles nowadays. On the top side of this mobile phone, there is a fingerprint scanner and a USB- C port. What is exciting about this phone is that it will run on the newest available version of Android Nougat.

Developed by HMD Global, this phone is estimated to be sold at £599, once it has been released. Indeed, it is not a cheap phone, however with all the aspects and perks that it provides, it matches the Galaxy S8.

How enterprises can optimise mobile apps for millennials