Winning is never easy, even for those who seem to be the luckiest people in the world.

While some have good fortune on their side and others have to recover from large bouts of bad luck, the business of winning can be taught and also learnt. There are many celebrities and entrepreneurs who have proved that being successful in the business of sports is possible and that it’s available to anyone – all they have to do is understand the know-how, and put plans and theory in motion. 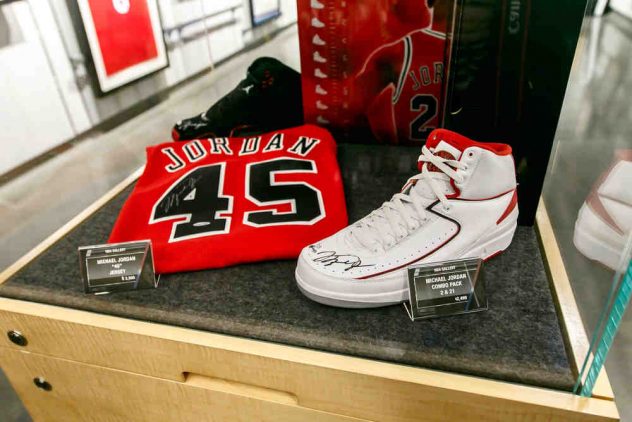 When it comes to business and sport, the both of them are more similar than you would first have expected. They are demanding (both physically and mentally), competitive and require teamwork and initiative. Therefore, it isn’t surprising when people combine the two. If you’re looking for inspiration on how to start your own sporting business, then learn from the best. Here are the celebrities and entrepreneurs who have made the world of sports into successful business endeavours.

Nike’s Air Jordan is a brand of basketball footwear and clothing, originally created for the former professional basketball player Michael Jordan. However, in late 1984, the shoes were released to the public, and since then, have been a roaring success. With many designs of Air Jordan’s having been developed over the years, the most recent (AJ XXXI), are heavily influenced by the original Air Jordan 1’s. The Air Jordan’s have been sponsored by many NBA players, and celebrities, including Chris Paul, Carmelo Anthony, and the AJ XXXI’s were seen during the 2016 Olympic basketball tournament, worn by the USA team. Michael Jordan, although retired, will continue to make a hefty sum of money, not only because of his athletic career but because of all his business ventures.

Daniel Negreanu, one of the biggest live poker winners

Becoming a renowned and successful poker player is no easy feat; it takes skill, talent and a lot of practice to be considered one of the greats and live off your winnings. While it’s not the easiest of business ventures to take in the world of sports, it can be great fun, and if you’re good at it, incredibly rewarding.

In 2018, DanielNegreanu is currently considered the 3rd most successful poker player. One of his most recent wins was in a World Series of Poker Europe Event, with a €25,600 buy-in No-Limit Hold’em High Roller, where he won and ended up winning the grand prize of €725,000.

Poker, and especially Texas Hold’em, is considered the most popular poker game to date, and it is ideal for those who love an adrenaline rush. Getting serious about poker is a lot easier than any other sport, so if you’re not athletic physically, turning your hand to a pack of cards could be your entrepreneurial success. Before you enrol in any tournaments, make sure you read as much information on how to play poker; then, you can follow in the footsteps of professional poker players.

American professional skateboarder Tony Hawk (AKA The Birdman), is a business in himself. His name is not only weighty and notorious in the sports industry, but he’s paved many successful business ventures outside of his sporting successes.

Hawk, known for his first documented 900, is widely considered one of the most successful pioneers and celebrities of modern vertical skateboarding, and is influential to many, both inside and out the sport of skateboarding. Aside from his skateboarding, he has a series of video games in his name (18 titles, to be precise), a series of amusement park rides named after him, his own YouTube channel named RIDE Channel, which currently has 1.4 million subscribers, and has featured in many TV shows and films. He also started his own show tour, comprising of freestyle skateboarding, as well as BMX and motocross.

Why a varied background is a recipe for startup success