According to the most recent statistics, the UK’s recycling levels dropped for the first time this century in 2015; as a result, Brits still generated a staggering 412kg of waste per person the following year.

A huge proportion of this is made up of household food, which has increased year on year since 2012. The overall crisis is set to mount even further following China’s January ruling over not accepting imported plastic waste. Which is why there is a new lifestyle called the No Waste Movement. 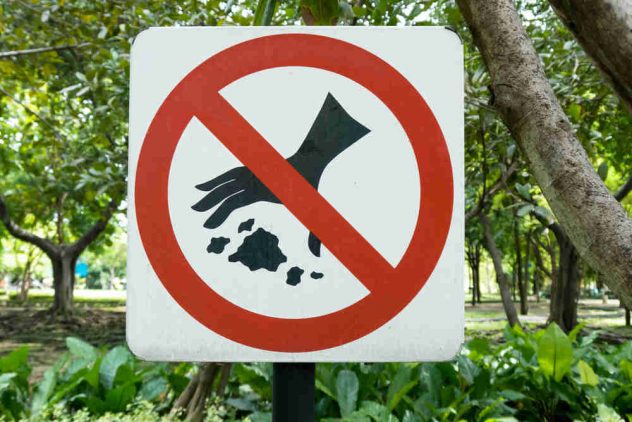 A growing number of people, however, are taking matters into their own hands; from bloggers and social media influencers to major brands and celebrities, a No Waste Movement is taking shape, particularly in America. In a country where the average citizen creates 475kg of waste each year, the figureheads behind the No Waste Movement are aiming to cut this down to a mere half-kilogram. But how does it work, and what brands are actually putting their money where their mouths are when it comes to cutting down on waste?

What is the No Waste Movement and how does it work?

The No Waste (or Zero Waste) movement was popularised around a decade ago by blogger Bea Johnson, the founder of the Zero Waste Home blog. The movement seeks to practically eliminate the quantity of rubbish thrown out, or left unrecycled, by households, in order to reduce the amount of waste which gets sent to landfill.

The movement’s bloggers make a point of emphasising the lifestyle changes people can make to cut down on discarding away items which can be composted (in the case of food and natural waste) or recycled. They also highlight the perils of disposable goods such as water bottles or paper towels in favour of completely reusable alternatives, with the woman behind the “Trash Is For Tossers” blog managing to fit four years’ of waste into one mason jar.

This also extends to packaging, with any plastic or paper bags roundly banished from a no-waste advocate’s life. Instead, fabric tote bags work as a sustainable substitute for their disposable counterparts, and refillable glass containers are the essential replacement for any plastic boxes or tupperware around the house.

Food and drink brands are cutting down their packaging

Individual advocacy for a waste-free lifestyle is one thing, but having world-renowned brands taking up the cause shows that the Zero Waste movement is picking up speed. Of course, big businesses have piggy-backed on green movements for decades, which has earned these corporations’ hollow claims the brutal nickname “greenwashing”.

As such, brands are going more out of their way than ever to prove that their environmental policies are sound, and that they are as concerned with the circular economy as they are with their bottom line. For example, “nutritionally-complete” food company Huel often use their Facebook account to highlight their 100% vegan recipe, which produces no food waste when consumed; they also advertise the negligible amount of waste packaging produced by their products. Likewise, last month bottled water titans Evian announced their pledge to become “100% circular” by 2025, which they intend to achieve through making their bottles from entirely recycled plastic in an effort to “remove plastic from nature”.

Between the rise of fast fashion and the use of toxic synthetic dyes, it’s no wonder some corners of the clothing industry have described fashion as “second only to oil” in terms of eco-unfriendliness, with a mere 20% of clothing made of recycled or reused fabrics. High fashion labels such as Eileen Fisher have taken steps to address this already, pledging a 100% sustainable supply chain by the start of the next decade. However, even the most outwardly-dedicated retailers are struggling to balance their rubbish generation with ways to remedy it.

Outdoor clothing line Patagonia are one of the few major fashion brands who have successfully managed to follow through on their promises, winning an award from the World Economic Forum at Davis last year for their Worn Wear line. This initiative encouraged Patagonia customers to send their used clothing online to customers who would be willing to repair it, or exchange it within stores for credit.

So it may take the No Waste Movement some time to gain mainstream traction, but if more major brands promote themselves as contributing to the circular economy, we could see a more sustainable future sooner than we think.