In the global world of prosperity and development, countries like Sweden, Denmark, Norway and Finland always stay ahead. The Nordic nations have been frequently featured as the most prosperous countries for the very obvious reasons, the low unemployment rates, gender equality in all respects, and abundance of businesses and of course, trades. 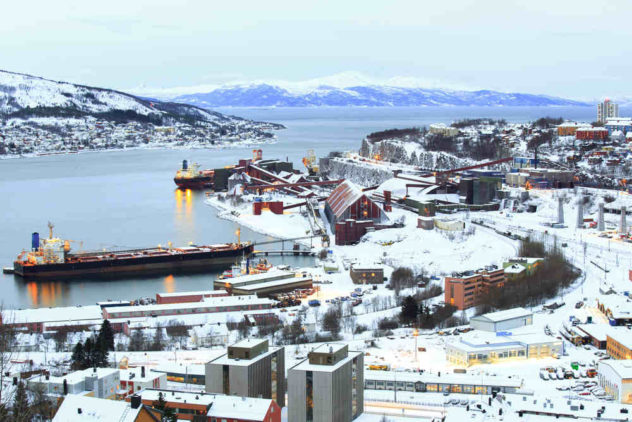 Although with Brexit, fluctuating political conditions, Trump being elected and financial crisis on a global podium, people are not so sure about the prevailing conditions and the very phenomenon of globalizing businesses, yet the Norwegian businesses are still booming and the country is among the richest ones in the world.

Without a hint of doubt, every economist in the world knows what is the biggest Norwegian edge – the North Sea oil. In fact, some of the economists consider the oil industry the very base of the financial foundation of Norway. Now interestingly, the Norwegian economy is said to be based on extractive natural resources, however, ironically causing carbon emissions in the process of extracting those very resources. The experts in the industry think that these could cause harm to forests, oceans and other natural sources and resources.

Another crucial challenge that Scandinavian countries face is the cold weather, which reduces their food productivity to a low growth. They suggest that however rosy this picture of prosperity may seem, the Norwegian businesses are no more than just made up Myths.

All these stats are enlightening but if they were all true, the translation Norwegian to English would not have been so much in demand right now. The truth is, Norwegian companies are more than just oil extraction. Whether it’s energy, technology, innovation or appliances, Norway is simply seeing that none surpasses her. All these companies are making way for more profit and more opportunities. And here’s what defies the myths associated with Norwegian businesses and portrays the impact of Norwegian trade on the global economy.

With localization and translation services available for all sorts of purposes, Norway can really make a concrete path for its business exposure in the English world. The Norwegian to English translations are necessary for Norway based websites so as to promote and advertise their product, services or enterprise to a global audience. Their exports are the real deal here, and to reach to an audience of an international level, language comprehensibility may become an issue.

Norway, due to its highly attractive GDP, is a dreamland for millions. People seek jobs there, pay tons of money to get settled there, and some even try their luck to get a Norway residence. But the game goes the other way round now as well. As much as the Norwegian businesses attract the world, they need the world too. And the real difference here isn’t that of an economical nature but the Norwegian language is the true barrier in this or maybe it only was. The translation companies have made lives easier for the Norwegian businesses and business owners.

Best countries and cities to run an online business

Understanding business visas for the UK

A crash course overview for Brits considering a move down under

What is ESTA and why do you need it?

Why have the United States withdrawn from the Trans-Pacific Partnership Agreement?

Best destinations for an international career in 2017

How will Brexit affect immigration?

Brexit – what happens to the temporary workforce?

James Smith - July 28, 2020 1
The commodity trading world emerged with the establishment of the Chicago Board of Trade in 1848. Now it is one of the most popular...
We use cookies. To learn more, read our Privacy Policy.Ok