The annual release of Financial Times’ FT 1000 list—a yearly ranking of Europe’s fastest growing businesses—has become a barometer for the emerging tech scene in Central and Eastern Europe (CEE). The list, which ranks companies based on their growth over the previous four years, has been largely dominated by firms from the biggest European economies—the UK, Germany, France, and Spain. 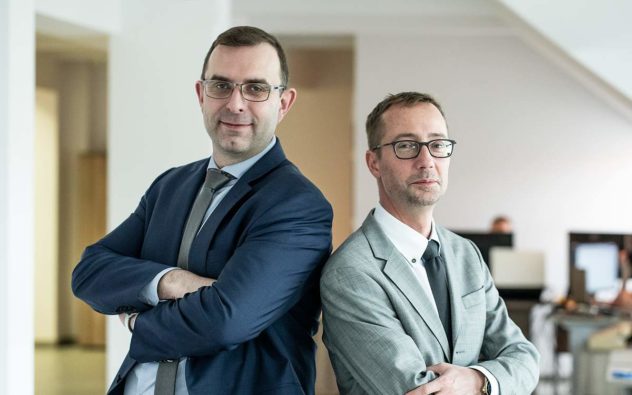 More recently, however, the FT 1000 has featured some of the best and brightest from CEE, highlighting the region’s growing importance to global tech. A significant success stories to come from this year’s list is Polish IT firm TenderHut. The company, which is active for nearly a decade, has gone from an upstart in the outsourcing game to one of the bigger tech services in the country.

Most importantly, the FT 1000 does more than give companies a small awareness boost. For TenderHut, the inclusion is the most recent proof of the company’s business model and its ambitions to continue expanding its outsourcing tools. As the firm continues to grow well beyond its borders, the high ranking is yet another milestone in an already impressive resume.

Although it may still lack the name-brand awareness or cachet of major tech firms like IBM, Oracle, and Cisco, TenderHut has become one of the preeminent IT companies in Poland and the CEE region. In an industry that some have valued as high as $11.2 billion, TenderHut has managed to maintain an explosive growth rate.

That improvement was enough for TenderHut to bounce up an impressive 224 spots to claim the 23rd place. The ranking, while already outstanding, is even more so when considering they are the second-highest ranked company from CEE, and the top-ranked Polish business on the list. The award is just the most recent in a string of accolades TenderHut has compiled in the past three years. In 2016 and 2017, the company was included in Deloitte’s Fast 500 EMEA, and in both 2016 and 2018 it made the Deloitte Technology Fast 50 for Central Europe.

The explosive movement up the rankings for TenderHut is the result of the company’s aggressive expansion—both in revenues and size. According to the FT 1000’s rankings page, between 2014 and 2017, the company expanded by 198 employees, a number made more notable considering the firm had a total of 200 employees in 2017.

These growth numbers coincide with a push by TenderHut to expand its services’ reach by establishing bases globally and acquiring other firms. In addition to its Poland-based development centers, the company has built campuses in London, Zurich, Munich, Paris, Dublin, New York, Copenhagen, and Stockholm, with plans to add more offices across Asia. More recently, the company announced that it was opening a base of operations in the UK, with officials noting that Brexit presents a unique opportunity for IT firms.

The growth has not been all internal, with TenderHut also being active (especially in the past two years) in the acquisitions market. Most recently, the company announced that it would be absorbing LIT, a smaller IT firm which has also added to TenderHut’s managerial knowledge base. LIT’s team also adds a plethora of certifications which expand the company’s business scope significantly. These include experience in multiple Google service, as well as a key NATO Security Certification, which enables the company to provide services to militaries in the defense pact.

The coming years are going to see IT outsourcing face a wave of consolidation and slow, if steady, growth. The industry is witnessing smaller companies be absorbed left and right, and less competitive firms fold as the market becomes saturated.

For Tenderhut, however, the coming years are looking bright. After 9 years of explosive growth and revenues, 2019 will likely see the company return to the list and continue its climb toward the top spot.

Online gambling and other industries that are growing despite COVID-19

Expanding for the global village: Language

Beat the trend: 4 things to invest in before they become popular

7 marketing strategies to enable your small business for success

US consumers look to British retailers for the out of the...

Dominic Lill - March 16, 2017 0
From film stars and bands to well-known brands, cracking the US market has historically been a challenge for the UK. Despite the growth of...