Mobile gaming is more popular than ever before, and it’s now beginning to merge with home console gaming.

Today, there are several mobile gaming services which allow you to play your favourite the biggest and best games on mobile devices, and they are: 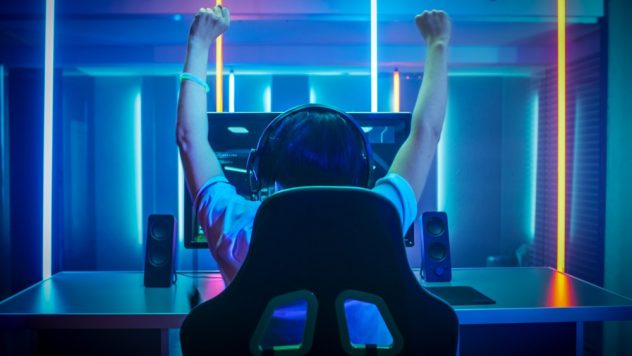 First up is Microsoft’s upcoming xCloud. This unique cloud gaming service will allow you to play games on mobile devices. Since the service is new, only around 100 games will be playable via xCloud and the app, at the time of writing, can only be used on Android devices due to iOS and Apple policies.

The service launches in September and will be included as part of the Ultimate level of Xbox Game Pass. However, anyone using the service will need a consistent internet connection. What’s more, users can purchase special mobile gaming accessories to make playing on their smartphones easier including special grips similar to the Nintendo Switch, as well as special gaming stands to hold up your mobile device.

Since smartphones became prominent back in the late 2000s, more and more online casinos have realised the need to be mobile-friendly. That’s why so many big-name online casinos have now released dedicated mobile apps for Apple and Android devices, allowing players to enjoy their favourite games on their mobiles.

In addition, most online casino websites are mobile-friendly, allowing you to play games directly in-browser without the need for a mobile app. Regardless of how you play, both methods allow you to enjoy dozens of unique casino games, including slots and table titles. What more could you want?

Google Stadia launched in November 2019. The cloud gaming service allows users to play AAA games on supported smartphones, Chromecast on TV, and on Chrome OS tablets. Stadia, which was criticised for its poor selection of games and general service, allows all users to play big-name titles and recent console releases like Assassin’s Creed, FIFA, Red Dead Redemption 2, the Hitman games, the Mafia games, and so much more.

The service is set to also offer upcoming releases like Cyberpunk 2077, Marvel’s Avengers, and Watch Dogs: Legion, although most Stadia versions will launch after the games’ home console release. Despite its flaws, Stadia’s user-base is growing, and as it continues to perfect its issues and problems, it’ll go down as one of the best cloud gaming services around.

PlayStation has its own Remote Play service which allows users to play their favourite PS4 titles on PC, Mac, and Apple and Android devices. The service works as a separate app which must be downloaded and installed to your device and is compatible with the PS4’s DualShock 4 controller. However, you can play by using on-screen buttons, although this is somewhat more difficult. Like with all the other services listed here, you’ll need an internet connection to enjoy the service.

These are just some of the gaming services that allow users to play big and popular games on smartphone devices. They all offer top quality content and, although they still have a few kinks to work out, they’re great for gaming.

Start me up: Dan Bladen, co-founder of Chargifi

Dominic Lill - June 9, 2017 0
We chat to Dan Bladen, co-founder of wireless charging service Chargifi, after starting Chargifi in 2013 they have expanded to nine international markets and raised...
We use cookies. To learn more, read our Privacy Policy.Ok