The last twelve months have seen a sea change in politics. The UK voted to leave the European Union, the United States elected Donald Trump despite what the polls predicted; the Philippines elected hard-man Duterte as president, Turkey voted in a referendum to overhaul its constitution—and the list goes on.

And, as recently as two years ago, Greek bailouts caused consternation in Europe — with protests both in support of and in opposition to — yet when the next €86bn bailout installment was agreed at the beginning of May, the deal hardly got a headline. We’re now a week away from a UK General Election and President Trump has vowed to decide his, and by default America’s, position on the Paris Agreement. You can see why people are turning towards Bitcoin amongst financial turmoil. 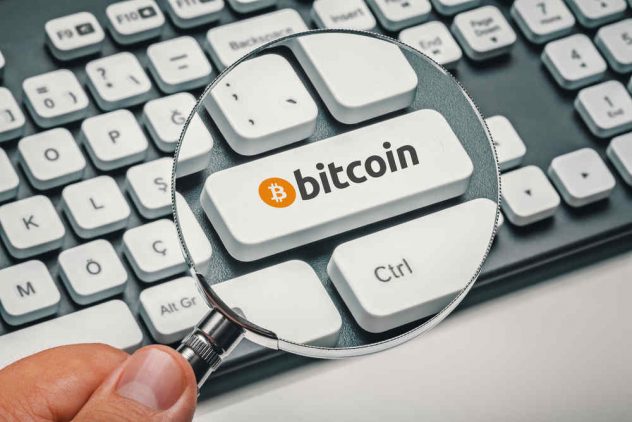 With political upheaval introducing so much instability into financial markets, one could be forgiven for waxing nostalgic about the good old days of straightforward bailouts for Greece, GM, Bank of America, and Citigroup to name just a few.

From such volatility, it follows that investors and private citizens are keener than ever to have at least some of their assets in non-traditional financial investments, and Bitcoin and other cryptocurrencies have begun to fill that niche in a big way, either by design or through sheer luck.

Although Bitcoin’s value stuttered for much of its early years (it’s worth pointing out the cryptocurrency is at this point just shy of being a decade old) it has gone from strength to strength of late. As recently as late March of this year, the value of Bitcoin was just under $1000 USD, down from its then-peak of $1290 USD on 3 March.

April and May saw phenomenal growth in the value of Bitcoin and it reached an all-time high of $2900 USD just last week before losing about 200 in the following days, though still feeling comfortable in its new $2500+ home.

It’s little surprise that industry has started to take notice with more and more companies, from UK plumbers to US pizza restaurants and Belgian cafés, now accepting Bitcoin. Nor is its acceptance relegated to the forward-thinking private enterprises. Sizeable companies and multinationals such as chain retailers Sears and CVS accept the cryptocurrency as well as supermarket Whole Foods and sandwich chain Subway. And as early as late 2014, the Republican Party of Louisiana began accepting party donations in Bitcoin. The 118-year-old big box department store K-mart is another company happy to trade in Bitcoin.

Although large retailers like Target might stand to expand their market share by accepting Bitcoin (they do), it’s online industries as opposed to bricks-and-mortar storefronts that are the most adroit at adapting new technologies.

For example, casinos and the world of online bingo are two markets poised for tremendous gains. While gamers can already easily sign up to play bingo with companies like Sun Bingo, for example, Bitcoin could revolutionize the industry. The fact that Bitcoin transactions do not require an intermediary such as a bank in traditional online transactions means that it would be possible for players to buy in or cash out rapidly. Bitcoin’s built-in blockchain feature, which effectively renders forgery impossible, also has obvious advantages for anyone concerned with security. At the moment Sun Bingo accepts most major credit cards and by using Skrill (formerly Moneybookers), customers can convert Bitcoin to US dollars, for example.

Beyond that, the notion of cryptocurrencies as something of a “backup currency,” a sort of bulwark against political and economic tumult in traditional currencies like the euro, dollar, or yen, for example, is an attractive selling point. In an increasingly interconnected and globalized economy, the appeal of a universal currency is profound.

Not dissimilar to online industry, travel is a market that in recent decades has had to evolve rapidly to meet new customer demands. Flag carrier LOT Polish Airlines recently began accepting Bitcoin, following suit with airBaltic who became the first airline to accept the cryptocurrency in July of 2014. For companies that by definition do business in multiple countries, like airlines, a currency that is independent of national politics could prove to be a liberating boon.

Despite its international appeal, which is indeed growing, Bitcoin is hardly likely to replace currencies like the dollar or euro as a reserve currency any time soon. However, with its current hefty value Bitcoin seems highly unlikely to vanish overnight and with more and more companies accepting it, the possibility of its value continuing to grow seems probable especially with all this financial turmoil.

The benefits of buying a re-sale franchise

James Schwab on the developments and future of the company