Reaching an older audience is something that a lot of businesses struggle with. They put so much time and effort into mobile advertising, a great website and a strong social media presence, but that isn’t going to reach many older people.

The reason that they’re often neglected is that people think of the older generation as a minority and think their efforts to engage their audience are best focused on the next generation who will be long term customers. While it is sensible to look to the future, businesses need to realize that the older generation is one of their best markets at the moment. 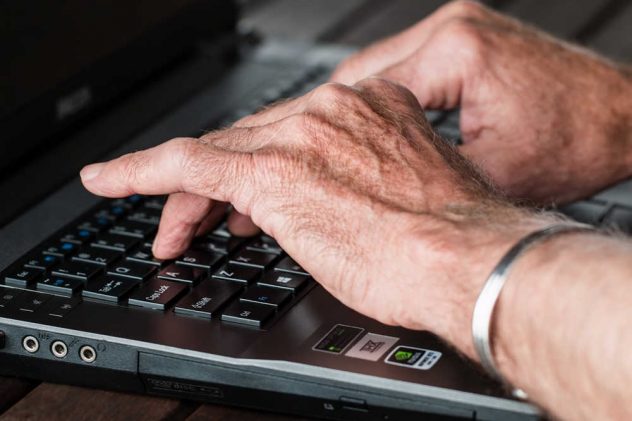 The simple fact is, they have more money. Younger people are increasingly struggling with financial issues and the amount of disposable income that they have is always falling. If you’re selling a non-essential product, the chances that young people are going to buy it are always diminishing. Whereas the older generation is far more likely to be in a strong financial situation and have the extra money to buy your products, therefore better to engage. But that’s never going to happen if they don’t know about it.

Designing marketing materials for younger people is all about being eye catching, dynamic, and exciting. When you’re trying to engage the older generation those things are important but there are bigger concerns to address. Here are some of the major factors to consider when designing marketing materials for the older generation.

This might seem like a bit of a stereotype but it’s unavoidable; older people have problems with their sight a lot of the time. If the type or images are too small and they have to struggle to read it, they’re likely to get bored and give up halfway through. It shouldn’t be hard work for people to view your adverts. Making the type larger is vital but you need to be careful that you don’t end up with an overcrowded or messy ad. Try to reduce the amount of words that you’re using and just get your message across in one short sentence. That way, you can increase the size without it looking messy. Make sure that you use clear colours and fonts as well so you aren’t doing anything to make it difficult for customers to read.

Younger people don’t seem to mind being advertised to. Every Christmas social media is full of posts about the new adverts for that year, Coca Cola and John Lewis are particularly popular. John Lewis even sells stuffed toys of the characters in their ads. People know it’s an advert but they view it like entertainment, they don’t mind. But the older generation is less likely to be so naive about it. They aren’t going to willingly spend a lot of time looking at ads, which is why you should introduce some utility to it. Things like printed calendars and bottle openers used to be huge in the world of marketing but you don’t see them as often. I suppose the modern version is browser games that are branded but they don’t appeal to the older generation. A calendar or a bottle opener gives them a reason to look at your advert regularly while giving them the sense that they’re getting something out of it.

Sometimes I watch an ad and I’m not quite sure what it is that I’m supposed to be looking at. Perfume ads are the biggest offender and most of them just seem to be complete nonsense. Young hipsters might love abstract adverts but the older generation is just going to think it’s pretentious and stupid. They just want clear information, delivered in a simple way. Don’t start using loads of meaningless business jargon and buzzwords, it just won’t fly. Instead, use simple clear language to explain yourself. When you’re using pictures and graphics, try not to overlap them with text too much because it makes it far harder to read. Images need to be placed in an interesting way, but not a very complicated one. Try to place things in such a way that there is a clear path for the eye to follow when they’re reading the ad.

The older generation responds more to traditional design standards rather than anything that’s a bit out there. Save your experimentation for your online marketing materials and keep it simple when it comes to anything else. Always choose colours that are appropriate to your product. Colour has a strong psychological effect on people and the colours that you choose can say a lot about your company. When it comes to text, it’s best to use something bold and clear like a black and then use brighter colours on the background. If you choose the wrong colours then you’ll make it inaccessible to people and possibly difficult to read.

The content of marketing for the older generation is often misjudged. People think that the best way to appeal to older people is to highlight their age in the ad itself. However, most people in the older generation aren’t sitting around in their armchairs knitting. Most of them feel a lot younger than they are and you should try to tap into that when you’re marketing to them. Having more of a focus on looking or feeling younger is a good way to engage the older generation and you’ll see a lot more success.

However, you need to make sure that it’s actually relevant to older people and you aren’t just recreating the same messages that you use to reach the younger generation. It’s getting that balance between traditional and modern exactly right that’s the key to engaging the older generation.

If you aren’t making efforts to advertise to older people, you’re neglecting the most potentially lucrative portion of the market. They can be easily reached if you get the tone right. They don’t want any fancy pretentious adverts packed with meaningless messages. They just want clear information, presented in a no nonsense way. If you manage that, you should see a big increase in sales.

The benefits of audience insight