Drones have effectively revolutionised our society.

They are used in many different fields, ranging from photography to logistics and online betting. (You might not be aware of this, but betting on drone racing has become incredibly popular in recent years!)  This should come as no surprise, though. These small devices have a number of benefits that many people might not be aware of. Do you want to know the benefits of using drones? If so, you might want to keep reading! 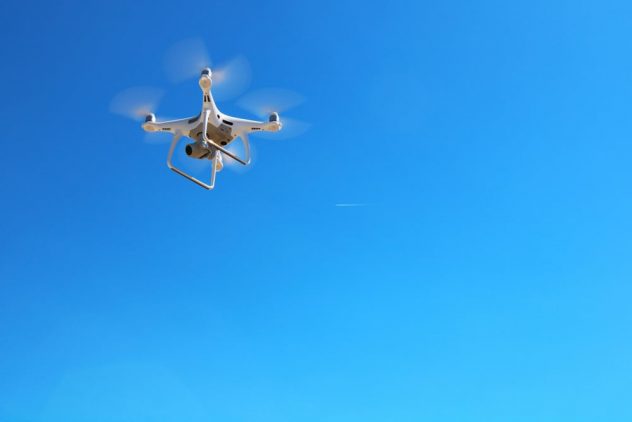 In this article, you will find a list of the most important benefits of using drones, ranging from enabling photographers to take breathtaking photos to help police officers and military personnel look for missing people. Check it out!

Drone photography has become a booming market in the last few years. Drones are used by professional photographers, amateur hobbyists, and even companies that just want to create stunning images for their marketing campaigns.

The primary reason behind the rise of drone video photography is its affordability. Taking aerial shots with drones is much cheaper than filming from helicopters, which can cost as much as thousands of dollars per hour.

In addition to that, drones are more flexible than other camera-equipped vehicles. They allow you to get closer to whatever you are photographing without getting in the way.

Drones can be used to survey large areas and map out land boundaries. Doing that instead of relying on manual labour reduces deployment costs and allows you to get detailed maps and photographs much faster.

On top of that, drones can easily navigate through narrow paths and difficult terrain, which means that they can cover a specific area in a fraction of the time it would take humans to do it manually.

Amazon is a company that allowed drone deliveries to go mainstream. The online retailer made history by successfully delivering a package to their customer in thirteen minutes via a drone. Since then, Amazon has been using drones for delivering small packages.

Drones may soon be used by paramedics for surveying accident scenes and transporting medical supplies and injured people to hospitals more efficiently. This type of technology could help medics save about ten minutes on every call they respond to.

You can already purchase consumer drones that can carry up to five pounds of cargo. Due to that fact, paramedics might start utilizing drone technology in the near future. It is safe to say that it would make their jobs a bit easier!

A South Korean man lost his 4-year-old grandson while he was playing at a park in Seoul. Once the police were done searching the entire park, they found nothing except for a small drone with thermal imaging cameras attached to it hovering above the playground.

The police found the boy exactly where the drone was hovering. The drone operator explained that she had been monitoring the child via an app she had installed on her phone to see what he was doing and whether he was safe.

The rescue team was amazed at how useful this technology was and purchased one for themselves after the incident occurred. This situation proves that drones might aid rescue teams in searching for missing children.

Drones are often used by the military because they provide effective reconnaissance and surveillance capabilities without endangering any lives. However, even if they crash during combat operations, they usually cause no casualties.

In addition to this, drones allow soldiers to evaluate battle conditions around them better because they can see everything from above without entering dangerous territory on their own. This is why most modern militaries use armed drones as reconnaissance aircraft.

Drones can be used for patrolling and monitoring private and public properties. You can attach a camera to a drone and keep track of everything that is happening around your property.

There are many benefits of using drones for security purposes, they are much safer than deploying human security guards. Drones are also much cheaper, which means that small companies should be able to hire a drone to monitor their premises without any issues.

You might have heard of drone racing, but you might not have thought of it as a potentially lucrative profession. However, drone racing is a growing market that is worth thousands of dollars!

People who are interested in this type of sport can use their drones to race against other pilots and make money along the way. It is a fun way to earn money, and a great way to spend your free time.

All in all, it is safe to say that drones are a revolutionary technology that will continue to change the way we live, as they have a number of benefits that many different industries could potentially benefit from. Because of that, you might want to invest in a drone of your own and see what it is capable of!